Of All the Languages:
With up to 7000 different spoken languages worldwide, how do you choose? And is it really worth all the time and effort? Looking at the most spoken is a good place to start. According to UNESCO the most spoken languages world wide, as a native and second language, in order of most spoken first are: Mandarin Chinese, English, Spanish, Hindi, Arabic, Bengali, Russian, Portuguese, Japanese, German and French.

An Increasingly popular Pursuit:
Japanese is an increasingly popular language to learn, with more people wanting to learn for a variety of reasons and more opportunities to learn arising throughout Europe and America. Many people however naturally still have their doubts about learning what they might consider to be an incredibly difficult language that will never come in useful. If you are one of those, maybe this page and this site will help change your mind. To all those who have already taken up the challenge, well done and keep going!

So is Japanese really that difficult? Japanese, although it has its tricky bits, is not at all as difficult as is perceived, and in some ways is a lot simpler than other languages. Click here for more information.

Why Japanese:
Why Japanese? Because it’s tons of FUN! And that is important. Learning any language could be fun, but I find Japanese in particular the most interesting and captivating. It’s a language that is difficult to get tired of and lose passion for, despite its challenges. Japan itself has an amazing and vibrant culture and its language is part of that. Why Japanese? Why not? Once you get going and find your feet you’ll want to start sprinting.

Of course fun isn’t the only reason I would suggest anyone take up the challenge to learn this language. There are plenty of other reasons too. Learning Japanese will benefit you in both your professional life and your social life.

Get the edge on competition-
Having learnt Japanese has benefited me many times when it comes to job-seeking. To begin with, it’s an impressive skill you can put on your cv or applications for any job. Knowing Japanese will make you stand out from the crowd, something unique that will be memorable for an employer. Even if you don’t get a job in which you will use the language every day, learning Japanese will show your commitment, your work ethic and your capacity to learn. Many times employers have been impressed with my applications, with the fact that I learned Japanese (even when just at GCSE level) almost always being the first thing that was pointed out, and every time with amazement. Learning Japanese is a worthy commitment and will give you the edge on competition. Make yourself stand out.

Boost your brain-
It is known, from tests and research, that learning a second is beneficial in increasing and maintaining your brain’s health. Studies at the University of Edinburgh also show patterns of slower mental decline in people who are bilingual. It is also theorised that the studying of a language may prevent and delay the onset of dementia.

Know Your World-
Communication is a key issue. The more languages you are able to speak and understand, the more peoples you will be able to connect with. Learning languages builds bridges between you and other nations and opens doors that would otherwise remain locked to you. So don’t be afraid to start building those bridges, to better know the world in which you live and expand your mind to it. Learning a language isn’t easy, but it is worth it. 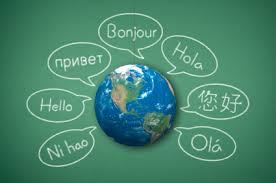 One thought on “Why Learn?”

Not Too Long Ago